An Interview With Susan Page Davis 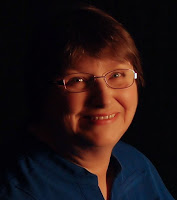 Today we welcome Susan Page Davis to Suspense Sisters, whom Mary Ellis had the pleasure of interviewing. Please leave Susan a comment at the end for a chance to win a signed print copy of The House Next Door, or any of the earlier books in this series.


MZ: If you had to describe yourself in one sentence, what would you say?
SPD: I’m an ordinary person who tells stories.

What do you do when you’re not writing? Any interesting hobbies?
SPD: I enjoy reading, solving logic problems and codes, genealogy and embroidery. One of my favorite activities is doing things with my family—it doesn’t matter what we do, as long as we’re together.

What was your favorite book as a teen or child?
SPD: So many to choose from! As a child, I loved the Miss Pickerel books by Ellen MacGregor. As a teenager, one favorite was A Tree Grows in Brooklyn, by Betty Smith.

Tell us three things about yourself that might surprise your readers.
SPD: I’m a horrible cook. I know how to shoe horses, but I haven’t done it for forty years. I am a book magnet, and books come to me, but I have an awful time trying to get rid of any.

What genre did you start out writing? Have you changed course? Why or why not?
SPD: The first books I wrote were romantic suspense, but my first published books were historical romance. I still write both, and cozy mysteries. I love variety. I don’t get bored that way.

Any other genres you’d like to try? If yes, what and why?
SPD: Well, I’ve done a lot of genres—from fantasy (Feather) to military suspense (Frasier Island), with lots of romance, historicals, mysteries, and romantic suspense. I have a horse story (Sarah’s Long Ride) for middle-grade kids. I’m the sort of writer that, if it occurs to me, I write it. So, no, I don’t think there’s any other type of book I’m longing to write.

If you could go back in time and do something differently at the start of your career, what would it be?
SPD: I would start writing fiction seriously much sooner, and I would connect with other authors sooner.

What is the most important piece of advice you’d like to give to unpublished authors?
SPD: Get a good edit before you submit your work, whether to a traditional publisher or to be self-published. 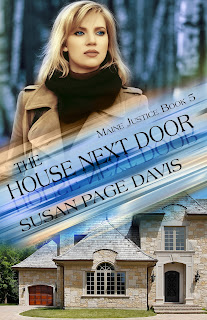 Here is a summary of The House Next Door:
The charming stone house next door is for sale! How could there be a downside to that? As his wife Jennifer’s due date approaches, Captain Harvey Larson decides to invest in real estate, unaware of the terror this will cause his family. The neighboring house seems ideal for Jennifer’s brother Jeff and his wife. A hidden cupboard isn’t so bad—in fact, it’s almost fun to try to solve the little mystery inside it. But will any of their loved ones want to live next door after they learn what’s in the basement?      The men of the Priority Unit might be wasting their time, trying to prove one dead man killed another. Or is the murderer still alive, and ready to strike again?

Susan Page Davis is the author of more than 70 novels and novels. A Maine native, she now lives in western Kentucky. She’s a two-time winner of the Will Rogers Medallion and the Inspirational Readers’ Choice Contest, and a Carol Award winner.
Find Susan at: Website: www.susanpagedavis.com
Twitter: @SusanPageDavis
Facebook: https://www.facebook.com/susanpagedavisauthor
Sign up for Susan’s occasional newsletter at https://madmimi.com/signups/118177/join


Find The House Next door at: https://www.amazon.com/gp/product/B074P3BBHJ/ref=series_rw_dp_sw

Please leave Susan a comment for a chance to win a copy of The House Next Door or any of her earlier books in the series. Note: US only for signed paperbacks.  ~  Mary Ellis of the Suspense Sisters
Posted by Mary Ellis at 6:30 AM 53 comments:

Spilling the Tea on a Few Mystery Room Settings—Linda Kozar 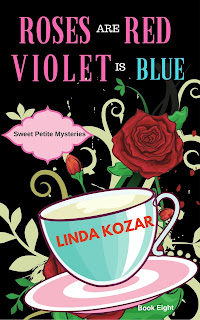 Jason Meechum believes he is leaving behind a shady past when he takes on a new job at a boutique tea farm where his surly sister has risen to the rank of the owner's most trusted employee. But his job title soon expands as murder and intrigue infuse the dark halls and hidden secrets of Moseley Manor.

PUT YOUR NAME IN THE HAT TO WIN THIS EBOOK TODAY!

I absolutely love writing mysteries. The characters. Crimes. Clues. Red Herrings. Intrigue. And the settings. In fact, I love the settings so much, the dedication to my latest Sweet Petite Mystery reflects my passion.

Dedication
To all the secretive sitting rooms, cryptic drawing rooms, and dusty-tome’d libraries in every creepy mansion in every mystery I’ve every loved.

Let's look into the origin of these three rooms.

A room in a home or hotel where people can sit down and relax.

It was thought during Victorian times that if a person were to look at his or her reflection in a mirror shortly after a death in the household, that person would also die.

A sitting room in a private house.

A drawing room is a room in a house where visitors may be entertained. The name is derived from the 16th century terms withdrawing room and withdrawing chamber, which remained in use through the 17th century, and made their first written appearance in 1642. In a large 16th to early 18th century English house, a withdrawing room was a room to which the owner of the house, his wife, or a distinguished guest who was occupying one of the main apartments in the house could "withdraw" for more privacy. It was often off the great chamber (or the great chamber's descendant, the state room or salon and usually led to a formal, or "state" bedroom.

"On the second story of this ostentatious mansion, beyond, and connecting with the gentleman's dressing-room, was the requested library. This would be a cozy little apartment, containing a bay-window and an alcove for books, separated from the main room by a transom, beneath which curtains were hung, shutting off the alcove entirely when the new owner, pretending to be somewhat of a literary man, desired seclusion." Victoriana Magazine, Victorian Library 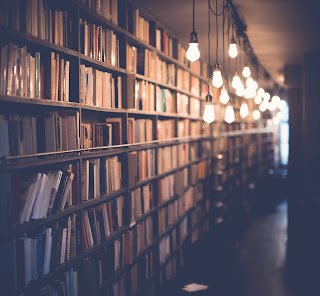 Leave a comment if you'd like a chance to win the short story eBook, Roses are Red, Violet is Blue