Nancy Mehl lives in Festus, Missouri, with her husband, Norman, and her very active puggle, Watson. She’s authored eighteen books and is currently at work on a new series for Bethany House Publishing. The first book in her Finding Sanctuary series, “Gathering Shadows” was released on May 6th.

All of Nancy’s novels have an added touch – something for your spirit as well as your soul. “I welcome the opportunity to share my faith through my writing,” Nancy says. “God is number one in my life. I wouldn’t be writing at all if I didn’t believe that this is what He’s called me to do. I hope everyone who reads my books will walk away with the most important message I can give them: God is good, and He loves you more than you can imagine. He has a good plan for your life, and there is nothing you can’t overcome with His help.”

Readers can learn more about Nancy through her Web site: www.nancymehl.com. She has a newsletter located at: www.nancymehl.blogspot.com, and is a part of another blog, The Suspense Sisters: www.suspensesisters.blogspot.com, along with several other popular suspense authors. She is also very active on Facebook. 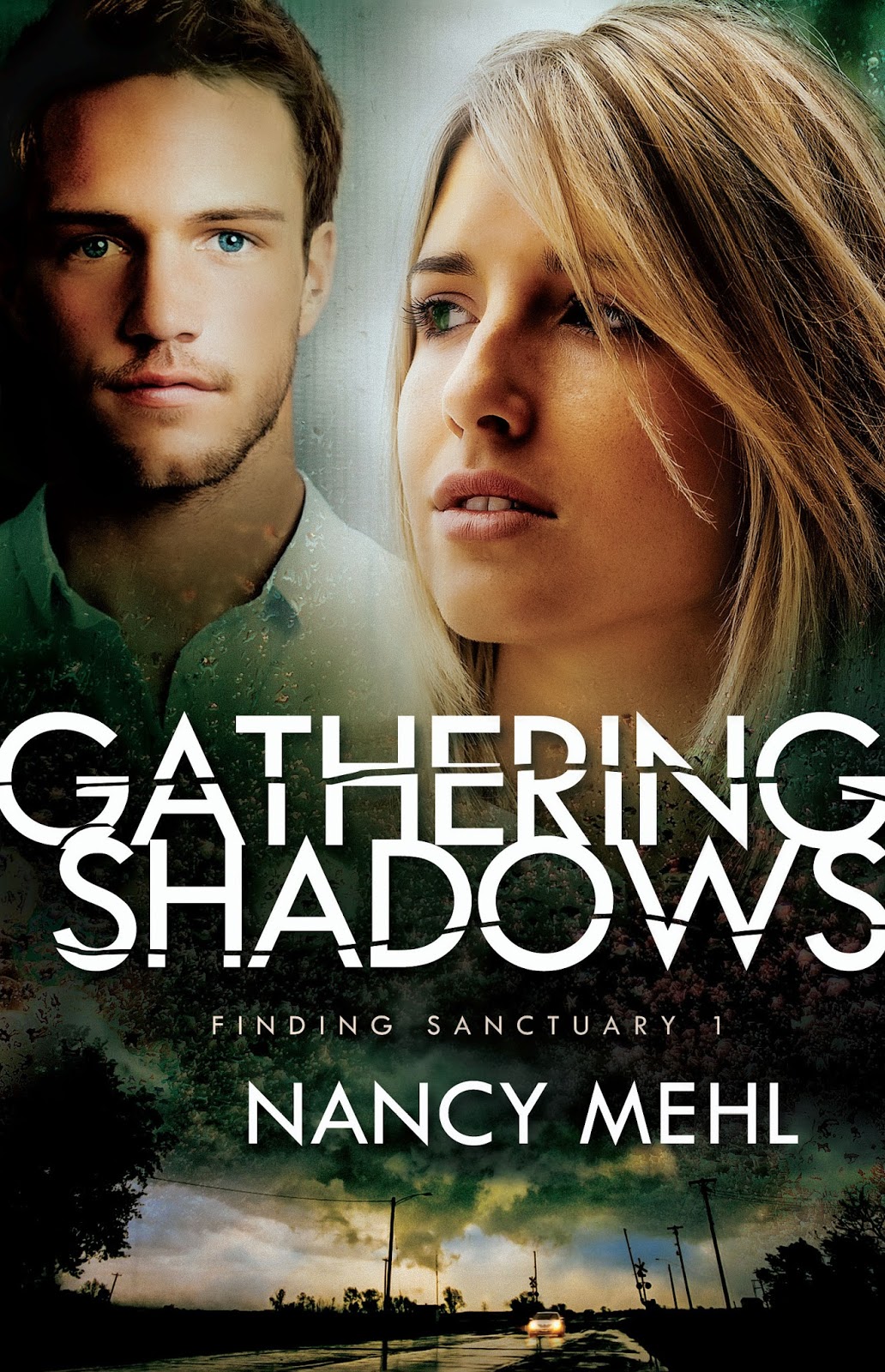 Wynter Evans is a promising young reporter for a television station in St. Louis, but even a bright future doesn't take away her pain over the disappearance of her brother nine years ago. So when she stumbles across a photograph of a boy with an eerie resemblance to him, she can't pass up the chance to track him down. With research for work as her cover, she sets out with one of the station's photogs for the place where the picture was taken: the town of Sanctuary.

Almost as soon as she arrives, she meets the town's handsome young mayor, Rueben King, and together they begin to uncover long held secrets that could tear the small town apart and change everything Wynter thought she knew about her life. As the truth of her family's past hides in the shadows, it's clear someone will stop at nothing to keep the answers she's searching for hidden forever--even if the cost is Wynter's very life.

Would you like to win a signed copy of Gathering Shadows? Leave a comment and tell me why. In the U.S. only, please. Don't forget to leave your contact information!
Posted by Nancy Mehl at 7:17 AM 56 comments:

Interview with Camy Tang and Formula For Danger GIVEAWAY! 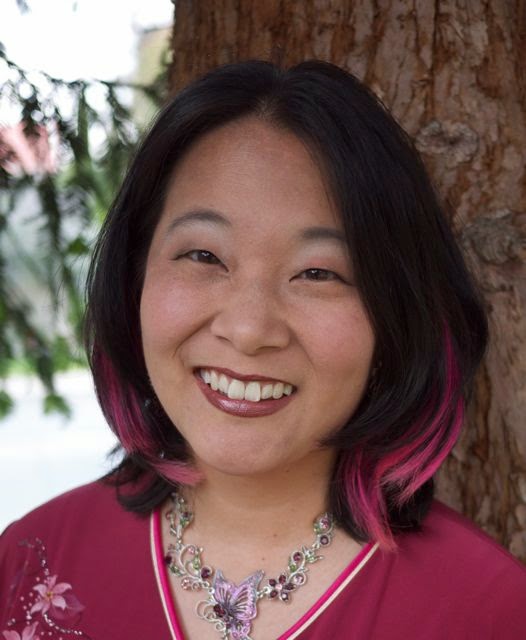 Welcome to the Suspense Sisters. We're pleased to have the prolific Camy Tang with us today. She is giving away a copy of FORMULA FOR DANGER. To enter the drawing, please comment below and leave your contact information.

Camy Tang grew up in Hawaii and now lives in northern California with her engineer husband and rambunctious dog. She graduated from Stanford University and was a biologist researcher, but now she writes full-time. She is a staff worker for her church youth group and leads one of the Sunday worship teams. Visit her website at http://www.camytang.com/ to read free short stories and subscribe to her quarterly newsletter.


SS: Do you write full time? If the answer is no, what else do you do? If you are a full time author, what other jobs did you have in the past?

I used to be a biologist researcher, and I wrote in my free time, but now I’m a full-time writer. Making the jump to writing full-time was tough, because I knew I wasn’t going to make the same writing as I did as a scientist, but my husband had faith in me and I feel this is what God wants me to do.

SS:  Why suspense? Do you write in any other genres? If so, what?

Maybe it comes from being such a troublemaker as a child. LOL I was writing contemporary romance (my Sushi series) but kept wanting to drop a dead body on my characters. Finally I succumbed to my dark and dangerous side and wrote a few romantic suspense novels and submitted to Love Inspired Suspense, who bought my first romantic suspense, Deadly Intent.

SS: How does your faith play into your writing?

I have a really hard time not writing God into my stories, because He encompasses so much of my life. He is always teaching me new things. Most of what my characters go through are spiritual issues that I’ve had to wrestle with many times.

SS:  Tell us about your current release. 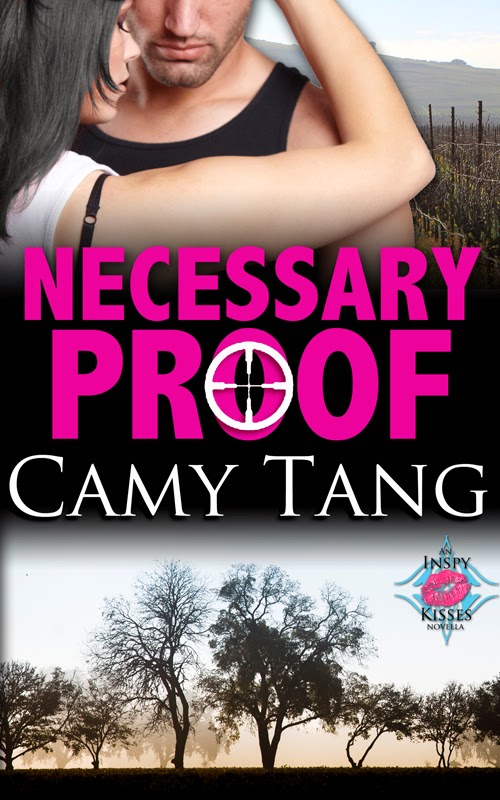 I am so excited because I just released a romantic suspense novella, “Necessary Proof,” in a collection of other Love Inspired authors titled, First Kisses. I also released “Necessary Proof” separately as a FREE ebook on Kindle, Kobo, iBooks, and Smashwords (not Nook, sorry).

After opening his heart to Jesus in prison, Alex Villa has left his criminal past behind him. However, his efforts to take down a gang producing meth in Sonoma have made him a target. Set up to look like he’s being bribed by the gang, the police blame him for the death of a cop. Only the evidence on an encrypted laptop can prove he’s innocent.

Software engineer Jane Lawton has been betrayed by the men closest to her, including a God she thought would protect her. She won’t let Alex down, because she knows what it feels like to be disbelieved and abandoned.

However, the men after them have orders to repossess the evidence and make sure Jane and Alex take their knowledge to the grave. Can they prove Alex’s innocence before time runs out for them both? 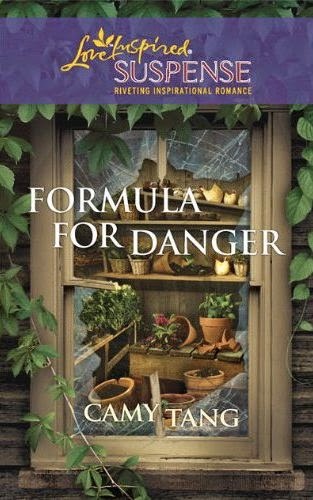 ** Readers who have read my Love Inspired Suspense, Formula for Danger, will recognize Jane and Alex as minor characters from that book. I was excited to finally be able to write their own love story!

Here’s the website with links to download “Necessary Proof”:
http://camytang.com/books/sonoma_series/41_necessary_proof
SS: Where did you get your inspiration for this book?

I’ve had the idea for a long time, ever since I finished writing Formula for Danger. Jane and Alex were only minor characters in that book, but I just KNEW they were meant for each other and I was waiting for the right time and venue to write their romance.

SS: What is the main thing you hope readers remember from your story?

That no matter where you are, who you are, and where you’ve been, Jesus loves you deeply and is with you. You are not alone.

SS: What are you working on now?

I’m working on a new novella to be included in another collection titled, Sealed With a Kiss. In this romantic suspense, doctor Geoffrey Whelan has returned from years serving on medical missions in Japan, where he was dramatically changed from the playboy he used to be. He’s haunted by the devastation caused by the tsunami and the stress of working overseas for so long. Nurse Maylin Kinley has just escaped from the harsh criticisms of her perfectionist family and a relationship with a verbally abusive man, and the last thing she needs is to be forced to work with Geoffrey, who had been selfish and arrogant when she last knew him years ago. But then Geoffrey gets a strange message that he and Maylin are in danger and should run from their lives. But they have no idea who is after them or why.

SS:  Now let’s get a little personal. Name two things on your “bucket list” that you haven’t done yet.

Go to Italy! Ideally, I’d like to spend a few weeks renting a cottage with some friends so we can explore the countryside and write!

Also, I would like to run a marathon again. I’ve gained a lot of weight since I ran my first one in December 2010, but I’m hoping to run the Honolulu Marathon in December this year!

And can I list a third one? I’d really like to become more proficient in Japanese! I took classes in high school and a little in college, but I’ve forgotten most of it by now. I just picked up the Pimsleur audio course for Japanese and I’ve been slowly going through it.

SS: Where can readers find you on the internet?

http://www.camytang.com/
Feel free to sign up for my email newsletter! I only send out an email if I have a new release or a sale/special on one of my books.

If anyone’s interested, you can sign up for my newsletter on my website (http://www.camytang.com) and I’ll send out an email when Prelude for a Lord releases! I also have a Facebook page for “Camille”:
https://www.facebook.com/AuthorCamilleElliot

Thanks for the interview!

And thank you Camy! Wow a regency romance? Exciting stuff.

Readers don't forget to comment and leave your contact information below so be included in the drawing for FORMULA FOR DANGER.