When Publishers Republish and Giveaway by Elizabeth Goddard


Hey, friends! Thank you so much for joining me today!

I’ll be giving away an eBook copy of Freezing Point to one lucky winner. Please remember to leave a comment and your contact information.

In late 2010 I heard from my agent that Love Inspired Suspense wanted to contract Freezing Point based on my proposal. They were interested enough in the story that they didn’t require a completed manuscript from me, even though I had never written for them. Plus, they wanted to keep the title (a rare event, at least for me!).

But there was a problem . . .  They needed the manuscript in six weeks.


Six weeks? The time-frame meant that I would be working like crazy through the holidays. But I’d wanted this chance to write for LIS so I took it. For Christmas my peeps got me giant bags of Peanut M&M’s. (Makes you wonder if they were trying to kill me.) 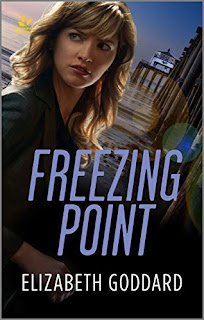 In this brave new world of self-publishing, indie publishing, small presses, traditional publishing and every combination, some authors try to get their backlist titles reverted to them so they can tweak the manuscript and put that back up on the market.

In 2019 I asked for rights back for Freezing Point, and that’s when I learned that Love Inspired Suspense planned to re-issue the book in 2020. Yup. Freezing Point even has a brand new cover!


SECRETS UNDER THE ICE

Casey Wilkes didn’t realize her simple human-interest story would put her life at risk—again. After fleeing her home and journalism job in Washington state, she wanted to live under the radar for a while. But when her interviewee starts dodging her questions, her reporter instincts kick in and she can’t resist digging deeper…

Homeland security agent Jesse Mitchell has been undercover as an ice sculptor for months, trying to infiltrate a smuggling ring. He wants to avoid trouble, and that’s just what Casey brings. Now someone has a target set on Casey. Saving her could blow his cover, but leaving her unprotected endangers him even more—especially his heart.

Here’s the original cover with an ice sculpture. Intriguing, huh? If you’re leaving a comment, tell me your thoughts on the covers. 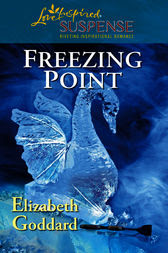 Freezing Point is officially re-issued and available for purchase February 10th. You can pre-order today.

With over a million books in print, Elizabeth Goddard is the bestselling author of more than forty books, including Never Let Go, Always Look Twice, and the Carol Award–winning The Camera Never Lies. Her Mountain Cove series books have been finalists in the Daphne du Maurier Awards and the Carol Awards. Goddard is a seventh-generation Texan and can be found online at www.elizabethgoddard.com.