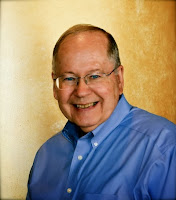 
What is the story line of Heart Failure?
One of my first writing teachers (he said, looking pointedly at Gayle) taught me to draft a 25-word hook for all my novels. I think this is actually 27, but see if it piques your interest: When her fiancé’s dangerous secrets turn her world upside-down, a beautiful doctor must choose between her own safety and the man she loves—and thought she knew.
Okay, can you explain?


Dr. Carrie Markham’s heart was broken by the death of her husband two years ago. Now, just as her medical practice is taking off, her fresh engagement to paralegal Adam Davidson seems almost too good to be true . . . until a drive-by shooting leaves Carrie hiding on the floor of his car with glass falling around her.

When he confesses that Adam isn’t his real name and that he fled the witness protection program, Carrie is left with an impossible choice: should she abandon the fiancé she isn’t sure she really knows, or accept his claim of innocence and help him fight back against this faceless menace?
What do you hope the reader will take from this book?
The message is one that keeps coming back to me throughout my life. God may guide our paths in a different direction than we anticipate, but no matter how bleak things may look, He’s always in control if we’ll simply trust Him. Or, to put it in the words of Scripture: “God is our refuge and strength, always ready to help in times of trouble.” (Psalm 46:1, NLT)


Was there some incident that inspired you to write the book? What unique features did your own background add to the story?
Like most of my novels, the inspiration for this one sprang from an everyday occurrence—I read a story about someone living under a different name in a different state to avoid retaliation from criminals against whom he testified. That set me wondering about the Witness Protection Program (which, I learned, is actually called Witness Security, or WitSec). Then I put the scenario into a medical setting (because that’s what I know and can write about with some authority). After that, it was just a matter of seeing where the characters would take the story.


How are the heroine’s feelings and actions influenced by the death of her first husband?
After it began to seem that she’d never remarry, Dr. Carrie Markham met Adam Davidson. He seemed to be the perfect man, and once more she gave her heart away. When she discovered that her new fiancé wasn’t who he seemed, she experienced subconscious guilt for what felt like turning her back on her first husband. Then, when she discovered that her new relationship with Adam was dangerous (and possibly fatal), her decision about what to do next became even more difficult.


I know that you are a widower who has remarried. How much of Kay’s and your personal story is reflected in Carrie and Adam?
There’s no question that my personal situation helped me write more authentically about Carrie’s feelings. If Adam seems to understand about Carrie’s hesitancy in moving on with her life after the loss of her husband, I learned that from Kay’s understanding and supportive manner as I worked past my own guilt at finding happiness after Cynthia’s death.

Note: Richard Mabry’s book on grief and loss is The Tender Scar, Life After The Death Of A Spouse (Kregel, 2006).

Are there other characters besides Adam and Carrie who make the plot move along?


We meet quite a few. The reader is introduced to the two lawyers for whom Adam works, one of whom seems to be a no nonsense woman, the other a man just out of marriage number two (or was it three?) and looking for the next Ms. Right. There’s an EMT who can’t seem to put aside his crush on Dr. Markham. And there is the husband of a woman Dr. Markham wasn’t able to save, a man she thinks may be trying to exact revenge by killing her.
After the release of Heart Failure, what is your next book?
My third novel for Thomas Nelson, my seventh published novel of medical suspense overall, is scheduled for release in April of next year. It’s called Critical Condition, and details the struggles of a female surgeon who seems to be waging a personal war to save the life of every patient she sees, no matter how critically injured they may be.

Where can our readers learn more about you? 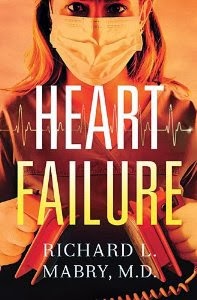 My publisher, Thomas Nelson, is offering a copy of Heart Failure to a randomly selected commenter (US only, please), so please do leave a comment after this interview. I’ll be checking back and responding to them. And if you don’t win, I still hope you’ll check out my novels.


Thanks, Gayle, for this opportunity—and for all you taught me back in that mentoring class at Mount Hermon. I appreciate it.
Posted by Nancy Mehl at 1:00 AM